The flavour comes from our soil

The level of flavour you get from a vegetable depends on the nutrients they retain from the soil.

Plant roots intercept the exchange of nutrients between soil particles, which  are typically moving in moisture contained in the soil. They absorb the nutrients and transport them up into the plant.

The natural texture of our soil

Clay soils, which are made up of tiny and more plentiful particles, have considerably more nutrient reserves and exchanges between them than do larger particle, sand soils. Inherently, the soil at Cookstown Greens has a higher percentage of clay than conventional vegetable soils.

This is great for nutrient exchange, but makes working and preparing the soil harder compared to naturally loose sand soils. Anything that limits the supply of nutrients in the exchange affects the plants ability to adsorb nutrients. We need to create soil conditions that have physical features of more open sandier soils while maintaining the nutrient capacity benefits of clay soils.

Cookstown Greens uses a three year rotation for vegetable growing. Legumes (clover, vetch) and cereal (rye,oats) cover crops are grown in the two years between vegetables. The cover crops ‘mine’ our soil’s natural high nutrient reserves, moving nutrients from deeper profiles and less available forms and placing them into the top soil. This happens when the cover crop is mowed and worked into the top 4 - 6 “. Some nutrients such as nitrogen are captured from air in the soil and stored on the plant roots. We are able to balance between mowing tall straw of cereals, which helps soil texture, and mowing more and leafy green (manure) mulch, which increases microbial activity resulting in greater nutrient release 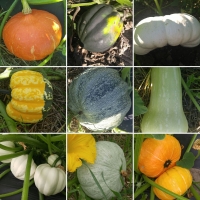